Why do we celebrate Maha Shivratri: Shiva’s wedding, the emergence of Shivalinga & other mystical stories! 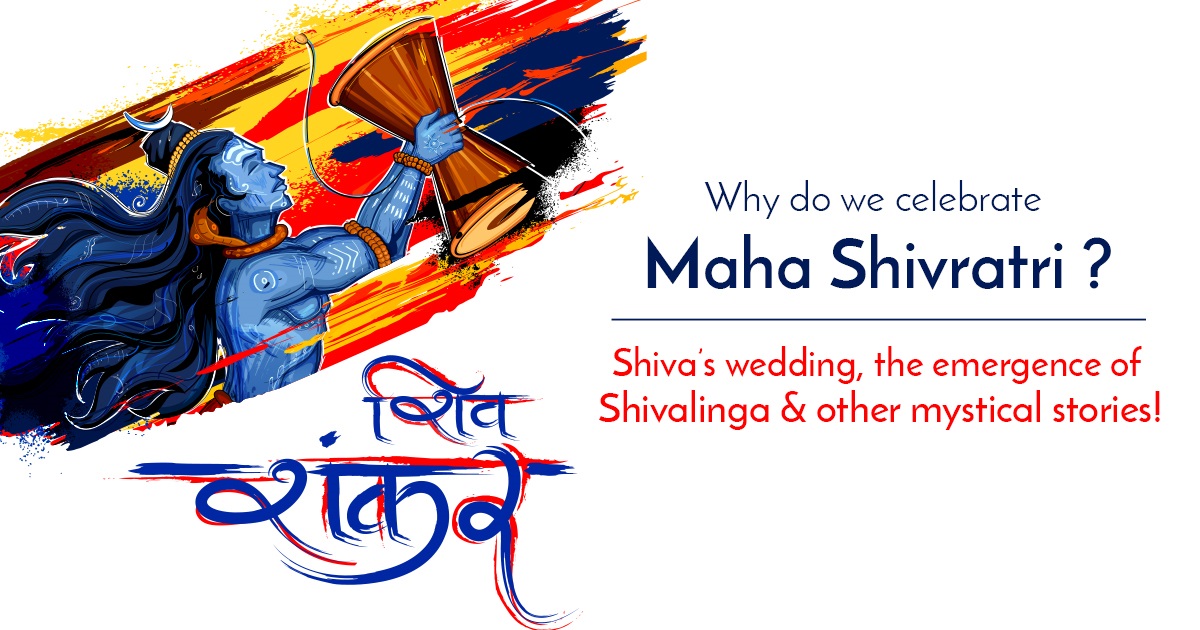 Maha Shivratri that falls on February 13 this year is just a few days away. It is celebrated with much passion in many parts of India.
The festival that marks the union of Lord Shiva with goddess Parvati holds great importance for many.
Devotees offer milk, water, and akwan flowers to Lord Shiva’s idol or Shivalinga. This way, they worship the Hindu God.
People of North India celebrate the day as the wedding anniversary of Lord Shiva and Goddess Parvati.
Temples are decorated with flowers. Devotees also take out a procession in the name of Bhole ki baraat in the evening.
As per the Hindu mythology, Lord Brahma and Vishnu were fighting to determine who is superior between the two.
The opposite gods become so horrified that they ask Shiva to intervene. Brahma assumed the shape of a swan and went upwards. On the other hand, Vishnu took the shape of Varaha and went within the earth.
During his journey upwards, Brahma discovered a Ketaki flower floating down slowly. Brahma decided to finish his search and take the flower as a witness.
This angered Shiva who then punished Brahma for lying. He even cursed him that no one would ever pray to him.
Also, Shiva helped slow down the fight among the Gods, so the day is celebrated.
Hunter who discovered Shivalinga
According to a popular belief, a hunter couldn’t find anything to kill for his food in a forest, so he decided to spend the night on the branch of a tree to stay away from wild animals.
To keep himself awake, the hunter started throwing the leaves of the tree on the ground. He was not aware of the fact that there was a Shivalinga beneath the tree.
After that, Lord Shiva suddenly appeared in front of the hunter and blessed him with wisdom.
It was the night when we now celebrate Maha Shivaratri.
Shiva’s dance
As per another popular belief, Maha Shivratri is the night when Shiva performs the heavenly dance of creation, protection and destruction.
This event is marked by annual dance festivals at major Hindu temples like Khajuraho, Konark, and Chidambaram.
Shiva’s dances i.e lasya and tandava are performed in different forms by classical dancers. This way, they give respect to Lord Shiva.
You can purchase Shiv Ji’s idol and place it in your mandir. Lord Shiv Ji’s blessings will remove all obstacles. So, you can enjoy good health. You can get the Lord Shiv Ji’s idol at http://pujasamagrionline.in/product/shiv-ji-idol-statue/