12 Interesting facts about “Maha Shivratri” that you need to know! 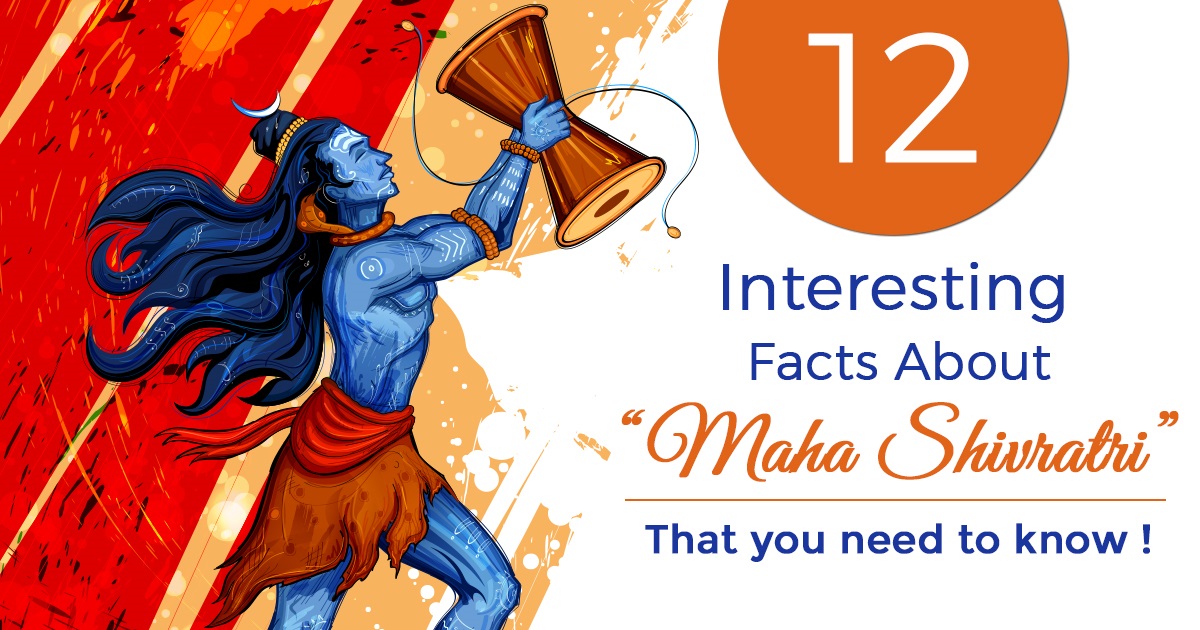 Maha Shivratri is dedicated to Lord Shiva. It is one of the biggest festivals of Hindus who worship Lord Shiva.
This day is observed on the 13th night/14th day of the 11th Hindu month of Phalguna or Maagh every year.
Some interesting facts are mentioned as follows:
1. Maha Shivaratri celebrates the union of Shiva & Shakti. They’re the two greatest forces of the Universe.
2. On this day Shiva married Parvati.
3. The term Maha Shivaratri means ‘Great Night of Shiva’.
4. It was on this night that Lord Shiva performed the dance Tandava, the furious dance of all creation & destruction in the Universe.
5. Married women pray for their husband’s welfare.
6. It’s a special night for unmarried women, who want a husband like Lord Shiva because he is the ideal companion.
7. Maha Shivaratri rituals include pujas, abhisheka, fasting and staying awake at night with prayers and meditations.
8. Some people take food only once while others follow a fruit and milk diet.
9. Special fairs and events are organized at major Shiva temples including Somnath Temple in Gujarat, Mahakaleshwar Temple in Ujjain, and Kashi Vishvanath Temple in Varanasi.
10. Bathing the Shivalinga is a major ritual on Maha Shivaratri. It is performed using Sugar, Butter, Milk, Honey, black sesame seeds, Ganga Jal etc. After that, fresh flowers and fruits are offered. Bathing the Shivalinga is done using Jal Abhishek patra. This is a brass Patra with Nandi head in the end. You can purchase the Jal Abhishek patra online at http://pujasamagrionline.in/product/jal-abhishek-patra-online-bathing-idols/

11. It’s believed that if you worship Lord Shiva and go for Maha Shivaratri fast for the entire night, then you can have control over the negative thoughts like greed, anger, lust etc.
12. In Kashmir, the festival is called Har-ratri & is celebrated by Shiva devotees in the region.

The devotees of Lord Shiva are all set to celebrate the Maha Shivratri on Tuesday (Feb 13).